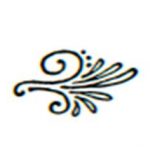 I’m getting a lot of interest in fenugreek sprouts and their effect on testosterone and libido. I did a talk the other day and I passed my tray of sprouts round, the middle-aged man in the front row was literally gulping them down. I don’t blame him. I’ve been taking them for a couple of years now and really do swear by them for libidinousness. It’s not just me either, I gave A trayfull to a friend in her 60’s who told me that she had little interest in sex. A week later I asked her how she got on, and YES, she thought they might have had an effect (sadly, I didn’t feel able to ask her for details!).

The problem is that fenugreek has a bit of a pungent aroma, I’ve been eating the sprouted form for so long I suspect I might not even notice it sometimes (which is worrying!!) So the time has come to see if anything else will work and I’ve honed in on sprouted flax because they are rich in plant sterols. I’ve found a study showing that flax oil helps bulls semen in India. So what can flax sprouts do for human libido in Hastings? I’ve been off the fenugreek for three days now. I’ll let you know. Watch this space….

Grow your own HRT 2021 . Powered by WordPress